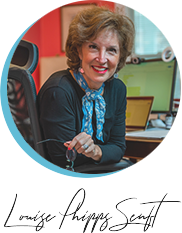 Louise has taught in the Harvard Program on Negotiation and was part of the core faculty in Harvard’s Insight Initiative.

She is a sought after mediation skills trainer for judges and senior litigators. She has received the highest award in her state of Maryland, the Chief Judge Robert Bell Award, for the advancement of Mediation, and she is author of the best-selling book, Being Relational which you can find on Amazon.

Louise was also appointed by the highest court in Kentucky to mediate the celebrated and contentious Kloiber v Kloiber tax case, a Dynasty trust which had been in litigation in 3 jurisdictions for six years, where the chief judge attempted mediation and the parties walked out. The successor chief judge appointed Louise, knowing her from her trainings. Louise closed the deal and the case in less than four months working in three jurisdications involving six parties, eight law firms, a national bank, a trust department and multiple tax experts. Forbes magazine devoted 32 pages to the case.